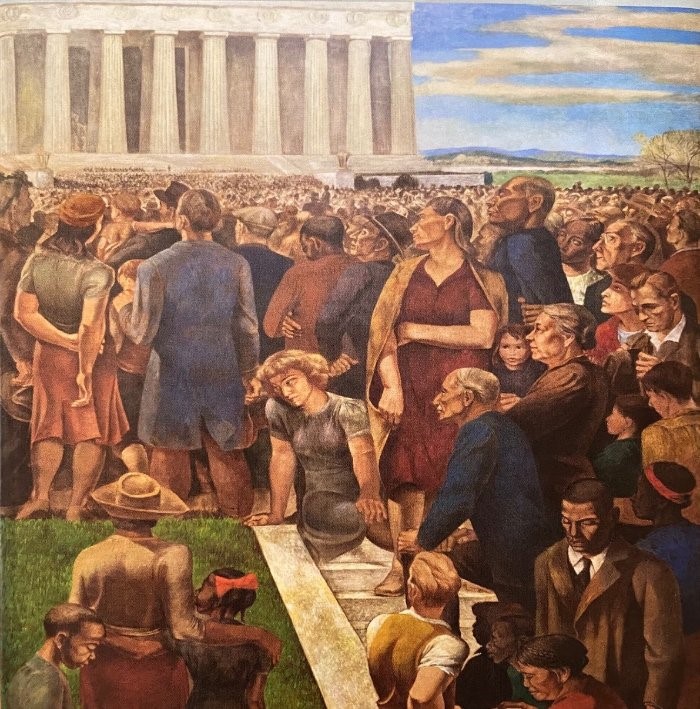 Richard A. Walker
Professor Emeritus, Department of Geography
The University of California at Berkeley

The New Deal transformed the nation’s capital in a brief decade of intense activity. It realized the long-delayed civic dreams of the L’Enfant and McMillan Plans for the city: completing the Federal Triangle, development of the capital parks systems, and renovation of the National Mall as the monumental centerpiece.

The Living New Deal’s Map and Guide to the New Deal in Washington DC is third in a series highlighting the Roosevelt Administration’s legacy in the nation’s largest cities. These maps make visible what a strong, enlightened, and democratic government can achieve when it strives to serve the needs of all the people. They are meant to remind Americans of their past accomplishments and give them faith in the county’s ability to do the same today and in the future. In this presentation, Professor Walker will uncover the immense riches of New Deal public works.